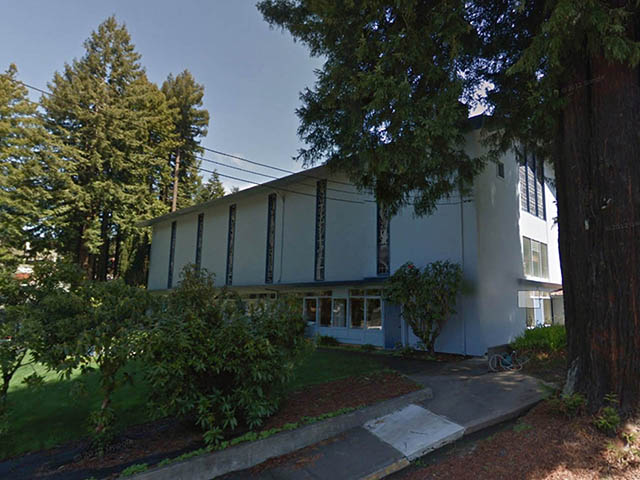 This was a small private school in the redwood forests of Northern California. Our family moved to that area as part of a religious movement (with ties to Jonestown). It was a great place to live as a kid. Anyway, I got caught doing my older brother's homework.

I believe it was multiplication and division when I "should" only have been doing basic arithmetic. My birthday is in January and the standard cut-off date was November or December. I only missed it by a couple of months and my brother was two years ahead of me. They had me take placement tests and determined that I should be learning with the third-graders but I was definitely too young. Also, it might have had a negative impact on my older sibling who "should" be two years ahead. Since it was a private school, they were able to make the decision to have me skip first grade and continue the following year in second grade. From then on I followed my brother one year behind and was always the youngest kid in the grade. It had a downside, like getting clobbered by larger kids in sports. It also had an up-side such as hanging out with older kids, getting to do things kids my age generally didn't get to do, and dating "older women."

We performed a Christmas musical that all of us little kids were in. I was the oriental king who brought frankincense to baby Jesus. The cute teenage babysitter, Julie, helped me make the costume and explained that frankincense was like incense. Since I didn't know what that was either, she brought some to show me and gave me a few sticks. I got permission to actually light the incense and I was given a lighter. When my big moment came after singing "we three kings..." I went to light the "frankincense" for baby Jesus and for anyone else who didn't know what it was. The place exploded in chaos! You'd think the world was coming to an end. Everybody freaked-out because there was hay on the ground in the "manger." I was scolded and punished, the other parents were mad at my parents, the babysitter was nowhere to be found. That story has been told a lot of different ways, one of which I was a troubled kid with a fire fixation who wanted to destroy the world with fire. That would be the end of my theatrical career for nearly a decade.

I won the kindergarten through first grade spelling bee. Afterwards, we stayed in the room while the second graders had their spelling bee. When neither of the final contenders could spell the final word correctly, they allowed me to answer. I won with the word "queen."