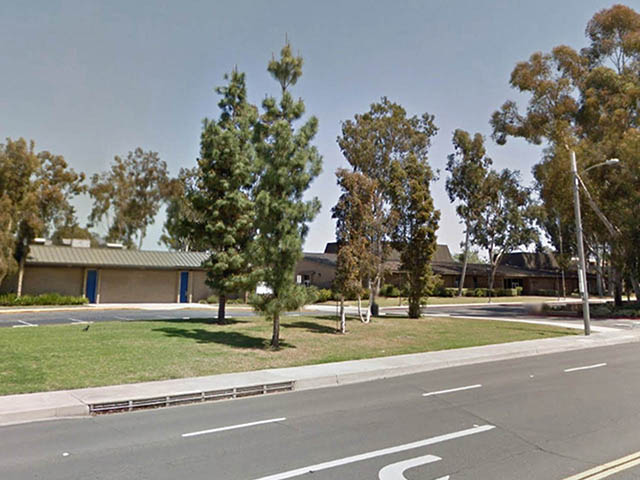 It seemed like a good opportunity to move to California and live in wonderland for awhile. My older brother had just been there and said it was a good experience. So, I moved to California to live with Uncle and Grandmother.

The school didn't have much of a drama program so the stories I had to tell about big productions and amphitheaters seemed unbelievable to my peers. It was a good group and I have loving memories of all those kids. However, my attention was elsewhere. I was coming up on my sixteenth birthday and I wanted a car of my own. I was not having much success with dating while riding a bicycle either. Suffice to say, it was very important to my fifteen year old self. I joined the auto shop and became the shop foreman.

Since Uncle was responsible for fleet maintenance on buses now, he had a bunch of mechanic jumpsuits I could have. The first time that I showed up with these jumpsuits was pretty intimidating. I knew that I would be teased a lot for "wearing a spacesuit" or "being Buck Rogers" but I was also tired of getting my clothes dirty or having to change in and out of special dirty work clothes. My assistant had no such hesitation. "I'll do it!" ...and I gave him one of the brand new ones. They were dark green with a bright yellow stripe up the side of the arms and legs. Everyone laughed and made fun of us (not too much since we controlled the tools), but they had a good time with us. Male-stripper comments and stuff like that. Cleanup after class was amazing though. Everyone else had to start cleaning up fifteen minutes before the end of class, but we kept working on our projects right up to five minutes before class ended. Then we peeled off our jumpsuits, washed our hands, and off to our next class while everyone else was still scrubbing their arms and elbows. It didn't take long before my other two assistants came to me and asked if they could have jumpsuits too. Then everyone else started asking for one. Some were too proud to admit it wasn't that silly but once there were eight or nine of us, everyone wanted to borrow a jumpsuit. I was able to get a half dozen more or so and we just started leaving them there hanging on the coat rack for other classes to use. Our instructor told another school's instructor about it and he got jumpsuits for his classes, then another school, and another as it spread like wildfire throughout the school district. To this day, if you walk into an auto shop class in a Saddleback Valley Unified School District school, you will see mechanic jumpsuits hanging on the wall. We probably saved thousands of pair of jeans and t-shirts from being destroyed.

As it turned out, the price I had to pay to live in California with Uncle was just too great. He was from an old-world where you try to force and mold your kids to be who YOU wanted to be, instead of letting them be themselves and try to be happy. In the same tradition as my Mother, I was not allowed to listen to rock music, or be out past sunset, or date girls, or wear t-shirts and sneakers. I did not want to be turned into a preppy-drone so I made my escape at the first opportunity.

As a bonus, the high school I attended in California had much stricter graduation requirements and I was made to take extra classes to catch up. When I returned to the desert, I was way ahead of everyone else and only needed a few more classes to graduate.